Today, Media define the level, the method, and the sequence of receiving the information on the events happening all over the world. Naturally, each media targets at particular audiences and sophisticated media regard the members of high political, economic, and cultural level as their audiences. This provides the media with a special power, adding to the importance of studies conducted in this field. This paper studies, compares and analyses the coverage of the trip to New Yorrk taken by President Ahmadinejad in August, 2008, in the newspapers of "Etemad", "New York Times", and "Washington Post". All the articles written on the subject in these three newspapers, three days before to three days after the president's trip were collected, analyzed and compared using content analysis, and images depicted in these newspapers were studied. Findings of the research showed significant differences between the images given in these newspapers. While New York Times and Washington Post introduce Ahmadinejad as a counter-Jewish, authoritarian, violating Human Rights, supporting terrorism, and militant (looking for nuclear weapons), "Iran" depicted him as a noble, brave, clever and reasonable hero, and in general, as a qualified successful representative of Iran. "Etemad" also has given a relatively positive picture of him. However, findings show that the performances of Iran and Washington Post are better directed than that of Etemad and New York Times. On the other hand, findings of this research are in agreement with the findings of previous researches, indicating that in international news coverage, newspapers follow and reflect foreign policies of the country in which they are published. However, this study showed that the newspapers of "Etemad" and "New York Times" acted more independently, comparing to "Iran" and "Washington Post". In addition, total differences are observed in the performance of the criticizing newspapers of Iran and the United States of America, which are discussed at the final section of this article. 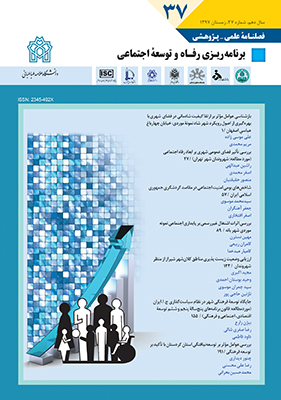